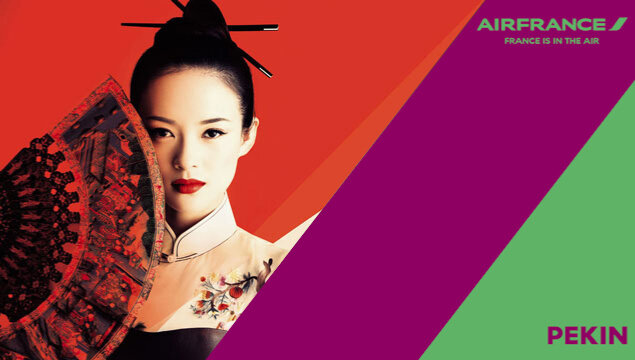 A few days before the Chinese New Year, Air France is surprising its customers flying to China on departure from the hub at Paris-Charles de Gaulle with special personalized services.


From 5 to 16 February 2016, the Company, in partnership with the Confucius Institute at the University of Poitiers, is offering its customers the first gifts of the year.

To celebrate, the hub at Paris-Charles de Gaulle and the Air France lounges are sporting the colours of the Chinese New Year. Gifts, greetings cards and sweets are on offer at the La Première and Business lounges. At the airport and on board, passenger also benefit from announcements wishing them a happy new year in Chinese, English and French.

On 8 February, the day of the Chinese New Year, Air France staff will also pay special attention to passengers preparing to celebrate the New Year. There will also be Chinese musical entertainment, a guard of honour, treats on meal trays and lucky charms.

The lucky charm was created by the masters of porcelain at Jingdezhen, the world's Chinese porcelain capital, long considered as the "imperial kiln of China" that continues to perpetuate the ancient culture of Chinese porcelain.

Throughout the year, Air France offers its customers on flights to and from China excellent personalized service combined with many products developed exclusively for them.

At Paris-Charles de Gaulle airport, Air France agents speaking Cantonese and Mandarin are available to assist customers on departure, arrival and when they have a connection.

On board, crews provide specially-adapted service for Chinese passengers. Air France has set up an awareness programme in Chinese culture for its flight attendants. This constant search for excellence, hospitality and service is reflected both in the gestures used and the polite vocabulary used. Furthermore, Chinese interpreters are available on all Air France flights to and from China.

The announcements are made in Mandarin or Cantonese, depending on the destination. Adapted versions of the Air France in-flight magazines in Chinese are available for customers, as well as a selection of Chinese newspapers and magazines. In the new cabins, an individual screen shows up to 1,000 hours of programmes on demand in various different languages, including some in their original Chinese version or subtitled.

During the flight, the cabin crew hand out menus translated into Chinese to all passengers, as well as oshiboris (hot or cold towels) when they are settled in their seat. Air France takes care to adapt to the culture and dietary requirements of its customers, while providing a French-style dining experience. For Chinese customers, the chefs at Servair, a subsidiary of Air France specializing in airline catering, have developed refined Chinese dishes. Moreover, since February 2015, brand new à la carte dishes have been available in the La Première and Business cabins, on departure from Shanghai, Beijing and Guangzhou. The Company is now working with Paul Pairet, a renowned French chef whose mission is to propose exceptional French cuisine on departure from these three Chinese destinations.

During the winter season, the Air France-KLM group is operating up to 77 weekly flights linking the hubs at Paris-Charles de Gaulle and Amsterdam-Schiphol to 9 destinations in Greater China: Beijing, Chengdu, Guangzhou (Canton) Hangzhou, Hong Kong, Shanghai, Taipei, Wuhan and Xiamen.